Bhaiaji Superhit Story: A kind-hearted goon decides to get his wife back by making a film on their love story, while his arch nemesis tries to thwart his plans. Bhaiaji Superhit Review: Lal Bhaisahab Dubey aka 3D (Sunny Deol) is Varanasi’s most feared crime lord. While he lords over all, his wife Sapna Dubey (Preity Zinta), the daughter of another crime boss, bosses over his heart. Out of a fit of jealousy she leaves him and now he has become a crying wreck, which is bad for his personal and professional life. At the same time, there is the evil Helicopter Mishra (Jaideep Ahlawat) who is looking to win the title of the number one don in the city. With all of this in play, 3D somehow thinks of making a film and becoming popular, which, he thinks, will impress Sapna and have her return to him. For this, he hires a crafty Bollywood director Goldie Kapoor (Arshad Warsi), a meek writer Tarun Porno Ghosh (Shreyas Talpade) and the hot superstar Mallika (Ameesha Patel) to make the film titled ‘Bhaiaji Superhit’. To cut a long review short, this is Sunny Deol’s ‘Dabangg’, but not half as entertaining. The first 10 minutes has some genuinely clever lines and funny moments, but after that it gets tiresome and overburdened with too much plot that the filmmakers have tried to pack together. The second half is where you get all the money shots, but that’s too late. The film would have been fun had the makers stuck to the interesting plot points and cut down the extra flab, of which there is a lot of, in the film. Sunny Deol’s dhai kilo ka haath from the 90s has become dhai ton ka haath in 2018, as he knocks down walls, bends thick iron rods as he beats the goons silly. He literally uses his fists like Thor uses his hammer. In fact, this movie should have been listed in the superhero genre, because Sunny paaji is literally cast as hulk. The only superpower he lacks is flight. While Sunny Deol and Arshad Warsi play their roles well, Ameesha Patel and Shreyas Talpade don’t quite do justice to theirs. Jaideep Ahlwawat and Sanjay Mishra don’t have much to do here either. Preity Zinta, as the feisty wife, too, does justice to her role. If over the top spectacle’s which defy logic, gravity and other rules are your cup of tea, this one’s for you. For the rest, this one is best enjoyed sitting in the barber shop as it plays on the television behind you. Note:- Copyright Disclaimer under section 107 of the copyright act 1976,allowance is made for "fair use" for purposes such as criticism, comment, news reporting, teaching and research.Fair use is a use permitted by copyright statute that minght otherwise be infringing. Non-profit, education or personal use tips the balance in favor of fair use. Thank You All Friends for Supporting Me... PLEASE LIKE _ SHARE _ COMMENTS & SUBSCRIBE 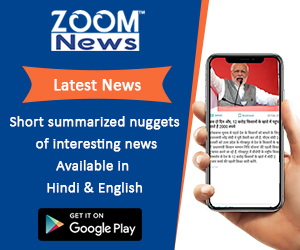